We’ve loved Dr. Carol Langlois’s advice for Your Teen readers over the years, so we were excited to hear about her new book, Girl Talk: Boys, Bullies & Body Image. We caught up with Dr. Carol to find out more.

Tell us about the approach you took with this book?

In total, I interviewed (and taped) about 160 girls from 10 schools in the Bay Area. After sharing my taped interviews with a few other writers and editors, they suggested that sharing (their stories) from a first person perspective would be very powerful. In the end, I chose 10 stories of ten girls who’s challenges with self-esteem were relatable and transcended culture, race, and socio-economics.

I would say that their access to and utilization of information is abundant. They can educate themselves on so many topics more easily today. If they want to learn about puberty, smoking, pregnancy, healthy eating, etc.—they can. They know the risks and the pro and cons of most things to make better informed decisions. Many teens today have strong opinions about drugs and alcohol, the environment, or global warming for example because of information from the web. This is incredibly beneficial in helping them make smart choices.

But many are struggling?

For the book, I interviewed quite a few girls who were dealing with or had survived through some form of an eating disorder, which I think is worth noting. More abundantly were issues of perfection and anxiety—not necessarily unrelated to eating disorders.

Stop the critical self-talk. Instead, model positive self-acceptance around girls.

Teens are stressed out more than ever. I call this  the “duck syndrome.” Think about the duck who looks very serene, calm, and pleasant floating along a lake. Then, if you look under the water she is paddling frantically. That is the duck syndrome. Too many students on the outside appear calm, cool, and collected while on the inside they are completely stressed out. Its a “fake it ’til you make it” mentality. For many, they want to be the great student, the great athlete, and well-liked by peers. But what price do they pay? Proving you can do it all has transformed into an ugly state of unattainable expectations and extremes, which are unhealthy for teens at any age. I’ve seen this further progress into eating disorders for the perfect body and drug addictions to manage the high pace and stress. This is a recipe for disaster.

– See more of this interview here. 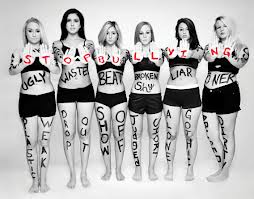 Why do we blame the victim?

Every two and a half minutes a woman is sexually assaulted, and the risk is four times greater for, teens between the ages of 15-19.  This is a very scary statistic and means every teenage girl is susceptible to sexual assault.  The definition of sexual assault is so broad that it can be misunderstood and leave victims feeling confused, guilty and ashamed.  What is even sadder, 70% of the victims know their assailant.  But what makes sexual assault even more destructive is the high percentage of victims that are blamed for their attack.  Sadly, family members and friends are often first to blame the victim.  They are easily persuaded by doubt, or be convinced the victim asked for the assault based on their knowledge of the victim. This is called victim blaming.

Victim blaming in relation to sexual assault happens quite often.  An assault is committed and the victim is blamed for the crimes.  Sometimes the victim blaming rears its head in very subtle ways.  Friends, neighbors and the local community may respond to the victim by either ignoring them, and treating them like an outcast, or verbally attacking the victim.  Sadly, victim blaming doesn’t stop there, professional workers that should be on the side of the victim, including doctors, lawyers and the media, have doubts about the victim’s story or believe that the attack is somehow justifiable.  People are often convinced that the victim deserved the treatment or asked for it.  This kind of treatment is wrong and it can be very hurtful and leave the victim feeling alone and depressed.

The reality of victim blaming for sexual assault plagues thousands of women but is most common among teens.  Teens are very fragile and impressionable and can easily be influenced, and convinced that maybe they are the ones to be blamed for their assault or abuse.  After all, if everyone believes it is their fault, then maybe they did ask for the attack or even deserved the attack.  This is victim blaming at its worst because now not only does everyone believe it is the victims fault, but the victim believes it too, and the saddest part of the crime is the assailant or criminal is never punished and get away with what they have done.

Women and teens of sexual assault don’t just get better, especially when victim blaming is involved.  There is a lot of mental and emotional damage that has been done and because many have blamed the victim, and even the victim has blamed herself, she never gets the help that is needed.  A lot of teens end up carrying the incident all of their life and for many teens, this can have negative effects on their future. It can lead to depression, low self-esteem and self inflicted violence such as cutting. Many victims cannot have functional or healthy relationships with people especially men.  Others may be so damaged by the assault and being blamed that they just don’t recover and struggle to live a normal and healthy life.

The bottom line is, nobody deserves to be sexually abused or assaulted, and the brutal attack of women and teens is never asked for or deserved.  The victim should never be persuaded or convinced that their behaviors asked for the assault or they deserved it.  It doesn’t matter the circumstance, an unwanted or unwelcome sexual assault is a crime that has the fingerprints of the assailant all over it and never the victim.

Victims need to get through their assault by getting help and there is help available that can restore them mentally and emotionally and help them to move forward.  Here’s is a great website  and a great resource for parents and teens to learn more.

I believe being comfortable with myself will make me happy regardless of my situation.

This belief could come from the fact that I was bullied during the fifth and sixth grade. I had been friends with a girl for maybe two or three years, but then I decided to hang out with my other friend more than her. She felt betrayed, but I didn’t really notice what I was doing to her and she never brought it up. Then the bullying started. I figured that eventually she’d get over it or she’d get tired and stop. But she didn’t.

My former friend would pull my hair, punch me, and kick me…she even stabbed me with a pen once and broke my skin. I think my other friends tried to intervene as much as they could without getting anyone in trouble. It just wasn’t enough. I try to analyze why I never said anything and I guess it’s because I didn’t want anyone to get in trouble either. Even though she clearly was not acting like a friend anymore, I still felt loyalty to her from our past history. I also thought that if I didn’t acknowledge the situation, then it wouldn’t actually be real. Obviously, that wasn’t the case. The situation got to a point where it was really unsafe. I don’t know what would have happened if my mom hadn’t finally found out.

I guess she had noticed these marks on my body, but I’ve always kind of been prone to bruising so she didn’t think anything of them. Then one day she was walking me to school – which she rarely did – and she saw my friend pull my hair. She forced me to tell her about the bullying, and I broke down crying. She told me to talk to my teacher – which I did – and then the principal got involved too.

It was really awkward for me because we were a small class of about 30 and my former friend and I ran in the same clique of only five girls. I was nervous about what would happen to the friends I did like. Would they get angry at me for snitching on someone or would they stand by me? Surprisingly, the whole clique continued to hang out even though it was really awkward. My former friend and I just avoided each other completely. I’m not sure how we did that considering our group was so small…I guess that’s what made it so awkward.

On the positive side, I finished that year with a better sense of who I was. I learned from the experience.  I’m not going to ever let it happen to me – or anyone else – again. I swore that to myself. Since I was able to beat my problem and grow from it, now I know that I can handle anything. 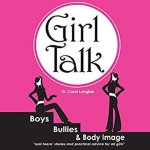